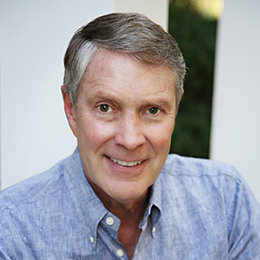 Senator Frist is a nationally recognized heart and lung transplant surgeon,
former U.S. Senate Majority Leader, founding partner of Frist Cressey
Ventures and chairman of the Executives Council of the health service
investment firm Cressey & Company. He is actively engaged in the business
as well as the medical, humanitarian, and philanthropic communities.

As a U.S. Senator representing Tennessee from 1994 -2006 (the first
practicing physician elected to the Senate since 1928), Dr. Frist was elected
Majority Leader of the Senate, having served fewer total years in Congress
than any person chosen to lead that body in history. His leadership was
instrumental in the passage of the 2003 Medicare Modernization Act that
established Medicare Advantage and the historic PEPFAR legislation that
provided life-saving treatment globally to 20 million people.

Senator Frist graduated from Princeton University and Harvard Medical
School, and completed surgical training at Massachusetts General Hospital
and Stanford. As the founder of the Vanderbilt Multi-Organ Transplant
Center, he performed over 150 heart and lung transplants, authored over
100 peer-reviewed medical articles, and published seven books on topics
such as bioterrorism, transplantation, and leadership. He is board certified
in both general and heart surgery. He continues to serve as an adjunct
professor of surgery at the Vanderbilt University School of Medicine.

He is Co-Chair of the Health Project at the Bipartisan Policy Center, and
co-founder of Aspire Health, the nation’s largest non-hospice communitybased
palliative care company. His board service includes the Robert
Wood Johnson Foundation, The Nature Conservancy, and publicly-traded
companies Select Medical, Teladoc Health, Accolade, Smile Direct Club,
and GS Acquisitions Holdings Corp II. Senator Frist is one of only two
individuals to rank in the top ten of each of the five inaugural Modern
Healthcare Magazine annual surveys of the most influential people in
healthcare in the United States.

Senator Frist and his wife Tracy live on a farm in Franklin, Tennessee.

Back to Top of Mind